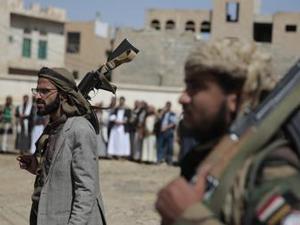 The early morning attack took place in Ataq, the capital of the mountainous province of Shabwa, the officials said. At least four other troops were wounded in the attack, said the officials, who spoke on condition of anonymity because they were not authorized to brief the press.

No group claimed responsibly for the ambush, which targeted a post manned by troops loyal to the secessionist Southern Transitional Council, they said. The separatist council is backed by the United Arab Emirates and controls much of Yemen's south. It is at odds with the internationally recognized government.

The officials said reinforcements were sent to the strategic city, a gateway to oil fields and desert approaches to the Saudi border, the officials said, adding that al-Qaida militants operate in the area and are suspected to be behind the attack.

Al-Qaida in the Arabian Peninsula, or AQAP, has long been considered the global network's most dangerous branch, and has attempted to carry out attacks on the U.S. mainland.

AQAP, along with an affiliate of the Islamic State group are active in several regions of Yemen and have taken advantage of the yearslong civil war to make inroads.

Yemen's war pits Iran-backed Houthi rebels against the internationally recognized government, which is aided by a Saudi-led coalition. The UAE is part of the coalition.