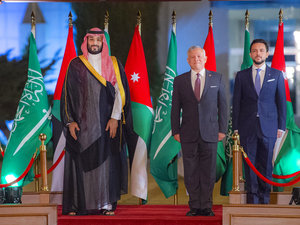 Saudi Arabia and Jordan stressed Wednesday in a joint statement “the importance of preserving Lebanon’s security and stability.”

They also called for “carrying out comprehensive reforms so that it can overcome its current crisis.”