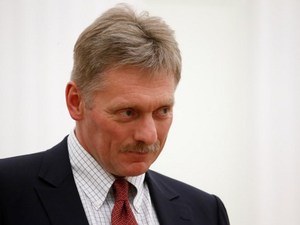 The Kremlin said Tuesday that Russia would halt its offensive as soon as Ukraine surrenders, urging Kyiv to order its troops to lay down their arms.

"The Ukrainian side can stop everything before the end of today," Kremlin spokesman Dmitry Peskov told reporters.

"An order for the nationalist units to lay down their arms is necessary," he said, adding Kyiv had to fulfil a list of Moscow's demands.

On Monday, Ukrainian President Volodymyr Zelensky urged world powers to do their utmost to help end Russia's intervention by the end of the year.

He also said the time had not yet come to hold talks with Russia, as Kyiv is seeking to consolidate its positions, France said.

Asked to comment on Zelensky's statements, Peskov said: "We are guided by the statements of our president -- the special military operation is going according to plan and achieving its goals."

Its goal is repel NATO terrorist expansionism to Eastern Europe , period! 20 000 dead soldiers is nothing, one in two Russians died fighting the Nazis - Zelensky’s buddies- up to 39 million souls.
Ukraine is Russia, Russia is Ukraine.

Tell that to the 20 000 Russian mothers. And 79% of Ukrainians hate Russia to death thanks to that idiot Putain.

Don’t you worry about the Russian mothers mourning their sons. They know it’s for the right cause. The ukranians who disapprove of their Russian identity have psychological issues and they’ll learn it the hard way. Liberalism and NATO’s expansion are undesirable on Russian borders w bass.