Imagine Dragons offer light at the end of the tunnel 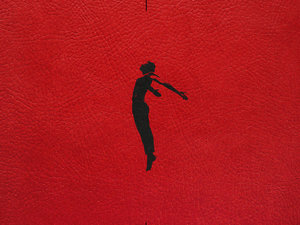 If you were hiding under your bed after listening to the last album by Imagine Dragons, it's time to come out. The second volume of "Mercury" is upbeat, often Caribbean-spiced and throbbing. It's the sound of a band getting its arena groove back.

"Act 1" in 2021 was all plucky strings, seething beats and grand electronic synths as lead singer, songwriter and lyricist Dan Reynolds poured heartache, tragedy and his struggles with sobriety into a raw, confessional and searing album. The cover depicted a man falling.

The cover of "Act 2" could be of a man jumping, and that seems to fit many of the close to 20 new tracks, which are wistful, confessional and owning weakness, but there is light at the end of the tunnel. Take the eclectic, slightly deranged "I'm Happy," a title that could never appear on "Act. 1," with Reynolds singing "Even when I might fall down/I know my luck come back around."

Much of the album is thankful for his partner, like the loving "Symphony" — a trop-rock ditty written seemingly under a palm tree — with the lyrics: "I'm the chord/ And you're the melody." The band hits new heights with "Sharks," a richly textured, eerie anthem about selfishness, and "Bones," a banger with that reggae-tinged, sing-along Imagine catchy magic.

Not all the songs succeed, as one might suspect from such a stuffed album. There's an uncooked quality to "Crushed," "Ferris Wheel," and "Take It Easy," and a naïve quality to "Tied" and "Continual," while the regretful ballads "I Wish" and "They Don't Know You Like I Do" might better off serve as therapy for Reynolds.

But don't sleep on "Sirens" and "I Don't Like Myself," two mid-tempo, expertly crafted tunes that take the band in different directions. And on "Higher Ground," the band is really cooking, with lyrics that could sum the entire second album up: "What a life/I live until I die/Won't fail unless I try/Bleeding, keep on breathing."