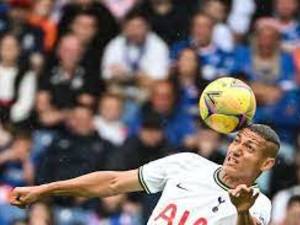 New research by a team of international experts has found that people playing contact sports such as American football, rugby and soccer face a dramatically elevated risk of developing degenerative brain diseases, a statement said Tuesday.

Researchers said brain banks by the US Department of Defense, Boston University, US Department of Veterans Affairs and the Mayo Clinic had all published studies showing contact sport athletes were 68 times more likely to develop CTE than those who did not.

"This innovative analysis gives us the highest scientific confidence that repeated head impacts cause CTE," said Chris Nowinski, the Concussion Legacy Foundation chief executive and lead author of the study.

A statement from the foundation said while the United States Centers for Disease Control and Prevention (CDC) and the National Football League had already made such an acknowledgement, organizations such as football's governing body FIFA, World Rugby and the International Olympic Committee had not.

"It is time to include repetitive head impacts and CTE among child protection efforts like exposure to lead, mercury, smoking, and sunburns," Finkel said.

The research comes as more sports take measures designed to limit head contact. England's Football Association last week obtained approval to trial the removal of heading in grassroots competitions and leagues. Similar rules have been in force in the United States since 2015 in youth football.

Rugby meanwhile has been grappling with the issue of head injuries and concussions after several high-profile players were diagnosed with brain injuries.

England World Cup winner Steve Thompson and former Wales international Alix Popham are part of a legal case against World Rugby, the Rugby Football Union and the Welsh Rugby Union over an alleged failure to protect them from concussion risks.