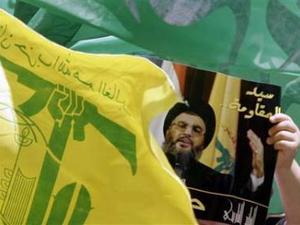 Hezbollah on Thursday marked the second anniversary of the Beirut port explosion by expressing its “warm condolences” to “the families of all martyrs -- Christians and Muslims, Lebanese and non-Lebanese.”

“Over the past two years, we witnessed a huge wave of intensive political and media campaigns that included false accusations and a large amount of incitement that led to very dangerous domestic tensions that almost undermined the country’s security and stability, especially after the bloody incidents in Tayyouneh,” Hezbollah said in a statement.

It added that its “great keenness on foiling strife and blocking the way of those seeking civil war” is what prevented further deterioration, after “the fall of a number of aggrieved martyrs.”

Accordingly, Hezbollah called for “an honest, fair and transparent probe according to the legal norms and while respecting the unity of standards, away from political exploitation, sectarian incitement and populist overbiddings.”

“We honestly believe that only justice is what would achieve fairness, reassure spirits, mend wounds, consolidate domestic stability and push us all to calm dialogue and joint action to overcome the dangerous crisis that our country Lebanon is going through,” the party added.

Why is it they keep trying to block every investigation then?

I am sure that they are willing to conduct their own investigation....which will end up with the blame put on IDF...