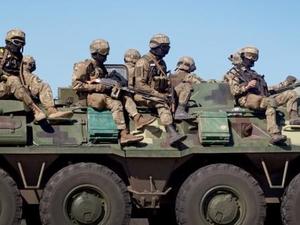 The defenders' tactics "in no way justify Russia's indiscriminate attacks", the rights group said in a new report, and some Russian "war crimes" including in the city of Kharkiv were not linked to the tactics.

But Amnesty listed incidents when Ukrainian forces appeared to have exposed civilians to danger in 19 towns and villages in the Kharkiv, Donbas and Mykolaiv regions.

"We have documented a pattern of Ukrainian forces putting civilians at risk and violating the laws of war when they operate in populated areas," Amnesty secretary general Agnes Callamard said.

"Being in a defensive position does not exempt the Ukrainian military from respecting international humanitarian law."

Residential areas where Ukrainian soldiers based themselves were miles away from frontlines, and "viable alternatives" were available that would not endanger civilians, the report said.

But it said the soldiers had failed to tell civilians to evacuate the areas, despite launching strikes on Russian forces that exposed them to retaliatory fire.

Although the schools have been shut during the conflict, they were located in civilian neighborhoods.

"We have no say in what the military does, but we pay the price," the report quoted one resident as saying.

Ukraine's government pushed back hard at the report, alleging Amnesty was in league with Kremlin propagandists.

Ukrainian armed forces take all measures to move civilians to safer areas, according to Mykhailo Podolyak, a top aide to President Volodymyr Zelensky.

"The only thing that poses a threat to Ukrainians is (Russian) army of executioners and rapists coming to (Ukraine) to commit genocide," he tweeted.

"Our defenders protect their nation and families."