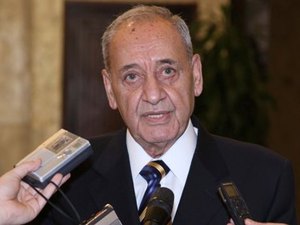 Parliament Speaker Nabih Berri announced Thursday that “the martyrs of August 4, the martyrs of entire Lebanon, are the victims of a crime that hit the core of every Lebanese.”

“I reiterate that the path that would definitely lead to justice and to unveiling the truth would be the implementation of the constitution and the law,” Berri said in a statement marking the second anniversary of the catastrophic Beirut port blast.

“Today we all need to shoulder national responsibility. May God have mercy on the martyrs and give patience and condolence to their families and every Lebanese, and may God preserve Lebanon,” the Speaker added.

Two ex-ministers from Berri’s Amal Movement have refused to appear before the judge probing the disaster, instead filing a series of lawsuits that led to several suspensions of the investigation. Other politicians and current and former security officials have also been charged in the case, most of whom have also refused to appear before the judge.

Constitution should be changed to add age and term limits.