FPM accuses Mikati of corruption, Mikati hits back in no time 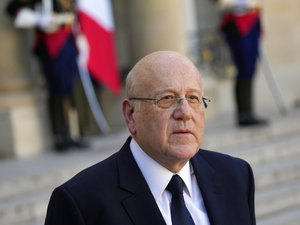 Prime Minister-designate Najib Mikati accused Friday the Free Patriotic Movement of political blackmail, after a series of statement attacks between the two.

Minutes after the FPM issued a statement slamming Mikati for corruption, the latter hit back at FPM chief Jebran Bassil without naming him, criticizing him for lecturing about honesty and rightness, while he is internationally sanctioned for corruption.

In 2020, the U.S. had announced sanctions on Bassil, accusing him of corruption and political patronage.