Macron voices support for Rushdie as Johnson 'appalled' by attack 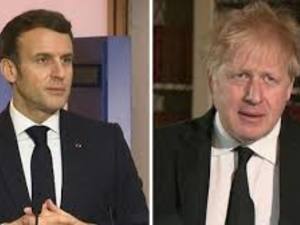 French President Emmanuel Macron said his country stood with Salman Rushdie Friday as the British author underwent surgery after being stabbed at a literary event in the United States.

"For 33 years, Salman Rushdie has embodied freedom and the fight against obscurantism... His battle is ours, a universal one. More than ever today, we stand by his side," he said on Twitter.

UK Prime Minister Boris Johnson for his part said he was "appalled" by the stabbing.

"Appalled that Sir Salman Rushdie has been stabbed while exercising a right we should never cease to defend," tweeted Johnson. "Right now my thoughts are with his loved ones. We are all hoping he is okay."