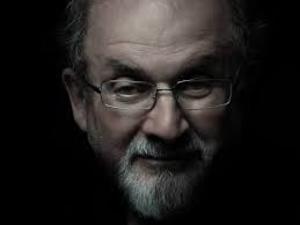 Here are key dates in the life of the British writer Salman Rushdie:

- 1981: His second novel, "Midnight's Children", wins the Booker Prize. In 2008 it is named the "Booker of Bookers" after winning a public vote for the best Booker-winning novel in 40 years of the award.

- 1988: "The Satanic Verses" is released and swiftly banned in Bangladesh, Pakistan, South Africa and other countries. It is banned for import to India.

- 1989: Iran issues a fatwa, or religious decree, that calls for Rushdie to be killed for insulting Islam in "The Satanic Verses". He is driven underground and for over a decade lives between safe houses and under the pseudonym Joseph Anton.

- 1990: Newsweek publishes an essay by Rushdie, "In Good Faith", in which he seeks to defend the novel.

- 1993: He participates in the founding the International Parliament of Writers aimed at protecting writers and freedom of speech. It is dissolved in 2003.

- 2005: "Shalimar the Clown" is published, with many narrative threads revolving around Kashmir.

- 2007: He is knighted by Queen Elizabeth II for his services to literature, prompting widespread Muslim protests, notably in Pakistan.

- 2012: Publication of his memoir "Joseph Anton", looking back at his years underground.

- 2020: He is short listed for the Booker Prize for "Quichotte", a modern version of the Cervantes classic.