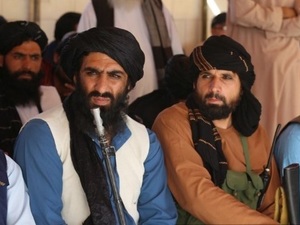 Many conservative Afghan clerics in the hardline Islamist Taliban, which swept back into power a year ago, are skeptical of modern education.

The number of compulsory religious classes will increase from one to three a week in government universities.

He told a news conference that the Taliban would not order any subjects to be dropped from the current curriculum.

However, some universities have altered studies on music and sculpture -- highly sensitive issues under the Taliban's harsh interpretation of sharia law -- while an exodus of Afghanistan's educated elite, including professors, has seen many subjects discontinued.

Officials have for months insisted that schools will reopen for girls, swaying between technical and financial issues as reasons for the continued closures.

Abdulkhaliq Sadiq, a senior official at the education ministry, on Tuesday said families in rural areas were still not convinced of the need to send girls to secondary school.

Under the Taliban's last regime between 1996 and 2001, both primary and secondary schools for girls never reopened.

"We are trying to come up with a sound policy in coordination with our leaders... so that those in rural areas are also convinced," he said.

Since seizing power on August 15 last year the Taliban have imposed harsh restrictions on girls and women to comply with their austere vision of Islam -- effectively squeezing them out of public life.

Although young women are still permitted to attend university, many have dropped out because of the cost or because their families are afraid for them to be out in public in Taliban-ruled Afghanistan.

Meanwhile, without a secondary school certificate, teenage girls will not be able to sit future university entrance exams.

The international community has made the right to education a key condition for formally recognizing the Taliban government.

Despite being in power for a year, no country has so far recognized the government.