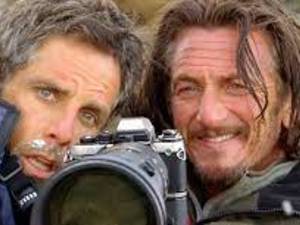 Russia said Monday it blacklisted 25 U.S. citizens including Hollywood actors Ben Stiller and Sean Penn, in response to sanctions from the United States.

Western capitals -- including Washington -- have slapped Russia with a slew of unprecedented sanctions its over its offensive in pro-Western Ukraine.

Russia has already barred over a thousand US citizens from entering the country.

The Russian foreign ministry said in a statement the new names were added in response to the "ever-expanding" US sanctions "against Russian citizens."

Apart from Stiller and Penn, who have both expressed support for Ukraine and met with its president Volodymyr Zelensky in June, the list also includes several U.S. politicians.

They are banned from entering Russia "on a permanent basis", the ministry said.

"The hostile actions of US authorities, which continue to follow a Russophobic course, destroying bilateral ties and escalating confrontation between Russia and the United States, will continue to be resolutely rebuffed," the ministry said.