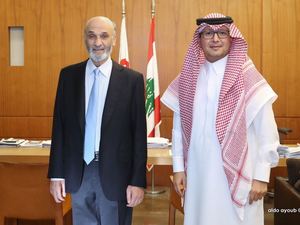 Jumblat said after the meeting in Clemenceau, that he had discussed with Bukhari the need to hold the presidential election on time.

"Bukhari has stressed his country's keenness on the stability of Lebanon, on the Taif Accord and on the constitution," he added.