US court awards millions to 'victims of Hezbollah rockets' 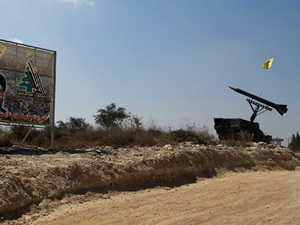 A U.S. court has ordered Hezbollah to pay millions of dollars in damages to a group of Americans who sued saying they were wounded by the group's rockets during the 2006 war with Israel.

The case was brought under the U.S. Anti-Terrorism Act and alleged that Hezbollah caused the plaintiffs physical and emotional injury and damaged their property. The judge ordered Hezbollah to pay damages of $111 million to the plaintiffs.

Such civil lawsuits brought against militant groups are difficult to enforce but Nitsana Darshan-Leitner, one of the lawyers representing the plaintiffs, said it was an important legal victory against the Iran-backed Lebanese group.

"Only by exacting a heavy price from those who engage in the business of terrorism can we prevent the suffering and loss of additional victims to their violence," Darshan-Leitner said in a statement.

Israel and Hezbollah fought a monthlong war in 2006. Israel pounded targets in Lebanon, killing around 1,200 civilians, while Hezbollah launched thousands of rockets at cities and towns in Israel's north. Israel still considers the heavily armed group a major threat.

In Friday's ruling, Judge Steven L. Tiscione of federal court in Brooklyn, New York, said the plaintiffs had successfully established that Hezbollah's actions were a violation of the Anti-Terrorism Act and held the group liable.

Not to defend Hezbollah, clearly a foreign terrorist organization, but Israel did exactly the same to many Lebanese during its numerous murderous campaigns. I, myself, almost got killed by of its rockets in my childhood in the late nineties, 1998 I think.