Al-Gharib says being named minister not on the table 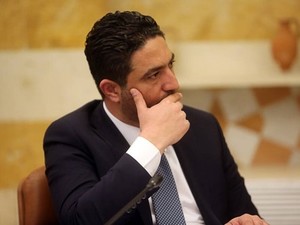 Former minister Saleh al-Gharib, who is close to Lebanese Democratic Party leader ex-MP Talal Arslan, said Wednesday that no one has discussed with him the issue of being appointed as a minister in the new government.

“I don’t intend to assume any ministerial portfolio at the moment,” Gharib told al-Jadeed TV, dismissing media reports in this regard.

“Free Patriotic Movement chief MP Jebran Bassil knows that I don’t want to take part in the government and we’re in constant communication,” Gharib went on to say.