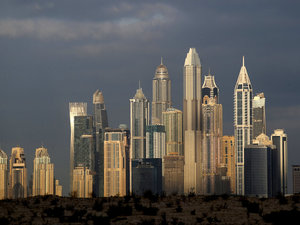 The United Arab Emirates has called on its courts to begin enforcing the judgements of British courts, in a move that could affect the city of Dubai's status as a haven for the world's wealthy.

The decision, which affects all noncriminal civil, financial and marital cases, is already in effect and does not need to be drafted into law.

"After the new decision … the UAE will not be a safe haven for anyone trying to smuggle their money," said Hassan Elhais, legal consultant at Alrowad Advocates.

"If a person was sentenced in a civil case in the UK and they fled to the UAE, they were previously able to keep their money without it being confiscated, their money was protected," he added.

The UAE had previously not enforced British rulings due to what it called a lack of reciprocity, as the UK courts were reluctant to enforce UAE-issued judgements.

Earlier this month, the Ministry of Justice announced the principles of reciprocity had been met after British courts enforced a "bounced check" judgement of the Dubai Court of Cassation in the UK in the Lenkor Energy Trading DMCC v Puri (2020) EWHC 75 (QB) case.

Before the Lenkor case, British courts were not in the practice of enforcing Dubai court judgements and therefore UAE courts took that as a reason not to enforce the same rules.

The UAE has long invited the wealthy to invest in the country, largely without questioning where they made their money. Questions over money flows into the UAE have increased as Russian wealth comes into the Arabian Peninsula nation amid Moscow's war on Ukraine.

However in recent months, the UAE has arrested several suspects wanted for major crimes, including British national Sanjay Shah who is accused of a $1.7 billion tax fraud scheme in Denmark, and two of the Gupta brothers from South Africa, wanted over allegedly looting state money with former President Jacob Zuma. An Emirati also now leads Interpol, the international police agency, as its president.