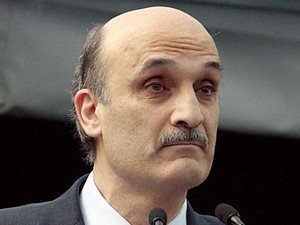 Lebanese Forces leader Samir Geagea on Friday reiterated his call for electing a “salvation president” who can rescue Lebanon, in comments related to the new boat tragedy in Tripoli.

“Today there is a new death ferry from Tripoli, dozens of victims and continued tears and pain, and yesterday there had been storming operations against a host of banks that led to a general strike of banks and additional suffering for the Lebanese citizens,” Geagea said.

“Before that parts of the wheat silos at the Beirut port collapsed, causing further pollution, pain and suffering for the capital’s residents and before that there had been another death ferry in Tripoli,” the LF leader added.

Noting that the Lebanese have “grown tired of the statements of solidarity and condolences whenever a tragedy hits us,” Geagea called for “putting an end to the tragedies that are recurring.”

“The Lebanese people want salvation and only a new, salvation president can rescue us of this hellish cycle, not a president in which the political parties would have shares,” the LF leader added.

“Lebanon is increasingly sinking, which obliges us to speed up the election of a president who would rise to the level of the challenges in order to rescue the Lebanese from the cycle of death, despair and destruction they have led us into,” Geagea went on to say.

100% agree we need the opposition to Hezbollah and FPM to unite together and elect a real Lebanese president not a puppet.