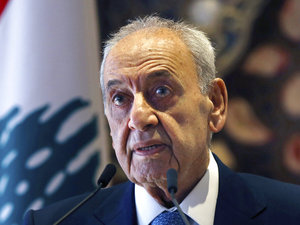 “What concerns us is holding the presidential vote within the constitutional timeframe,” Berri said in an interview with Asharq al-Awsat newspaper.

“There is a need to form the government, but the election of a new president is more than necessary to the foil the plans of those betting on presidential vacuum,” the Speaker added.

“We have to await the results (of the upcoming meeting between President Michel Aoun and PM-designate Najib Mikati) to see if the government will be formed or if its formation will suffer a setback in the last moment,” Berri went on to say.