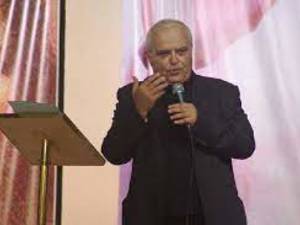 An elderly Lebanese priest found guilty in France of sexually assaulting children has been defrocked by the Vatican, the Assembly of Catholic Patriarchs and Bishops of Lebanon said.

APECL said it was notified of the Vatican's decision to demote Mansour Labaky to "secular status."

"We pray... for the victims of sexual assault," it said.

In 2021, a French court sentenced Labaky to 15 years in prison after convicting him in absentia for sexually abusing girls in a dormitory he opened and managed for Lebanese orphans in Douvres-la-Delivrande in the Normandy region of northern France between 1991 and 1998.

Labaky, 82, resides in Lebanon which does not extradite its nationals.

An international arrest warrant was issued against him in April 2016, but Beirut has not taken action.

Labaky has repeatedly denied the charges against him.

A Lebanese rights group, Legal Agenda, welcomed the APECL announcement as the "first acknowledgement" by the church in Lebanon of Labaky's offenses and called for an "end to the system of impunity for the clergy."

Al Rahi’s protégé just got the ultimate sanction from the Vatican, and from the French judiciary but he’s still protected in Lebanon by the patriarchate … despite the most serious offenses he’s committed .