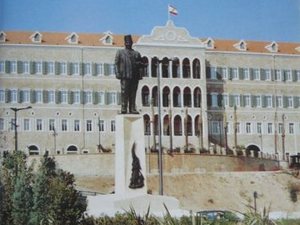 The government formation file has returned to square one following the optimism of the past days, a top official told al-Joumhouria newspaper in remarks published Wednesday.

“After having agreed with President Michel Aoun on announcing the government once he returns from abroad, (PM-designate Najib) Mikati was surprised after his return that the situation had changed and that Free Patriotic Movement chief Jebran Bassil had interfered with the President to propose changing all his ministers in the (caretaker) government and naming political ministers instead of them or expanding the government by adding six political state ministers,” the official said.

“This was rejected by Mikati, who told those concerned that he is not in a hurry anymore to form the government as long as things have reached this level of proposals and discussion,” the official added.

Sources informed on the formation process meanwhile told Nidaa al-Watan newspaper that Bassil “has sent a list containing his conditions in a sealed envelope to the PM-designate, saying that they are the President’s demands regarding the government’s line-up.”

The conditions include “making first-degree appointments that start with the central bank governor and do not end with the deans of the Lebanese University, in addition to security appointments whose timing is not appropriate,” the sources said.

Mikati was “concise and firm in his response, stressing that he will not form a government under anyone’s conditions and that the constitution’s texts are clear as the sun,” the sources added.

As for Mikati’s delayed visit to Baabda, political sources told al-Liwaa newspaper that there are political contacts in this regard and that General Security chief Maj. Gen. Abbas Ibrahim is taking part in the mediation efforts.

Imbecile……. Sorry. Imm Bassil must be proud of him.