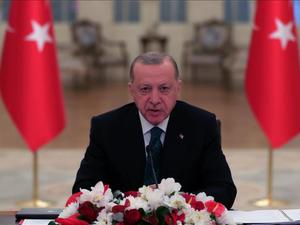 Turkey on Tuesday unveiled at the COP27 climate summit in Egypt's Sharm el-Sheikh a revised plan for cutting its carbon emissions that was immediately criticized by analysts as insufficiently ambitious.

"Our emissions will peak by 2038 at the latest," the minister said.

The new NDC calls for Turkey to reduce its emissions 41 percent by 2030 compared with what those emissions would have been had they continued to grow at a rate of eight percent per year.

Analysts said using this so-called business-as-usual trajectory as a benchmark is unrealistic, given that Turkey's emissions since 1990 have grown, on average, by about three percent by year.

"Total greenhouse gas emissions are set to increase by a third in 2030 with respect to today's levels, even if Turkey fully fulfils its target," said Oyku Senlen, a researcher at climate think tank E3G.

Allowing carbon pollution to expand at that rate would make it virtually impossible for the country to reach its long-term goal of carbon neutrality, said Guven Sak, director of the Economic Policy Research Foundation of Turkey.

"Turkey's 2053 net zero emissions target announced by our president in September 2021 turns out to be a dream now, totally unachievable," he said in a statement.

The new plan had yet to be formally submitted for inclusion in the official UN Climate Change registry of NDCs.

"The updated emissions reduction target is far from being aligned with the 1.5 degrees Celsius trajectory," noted Senlen, referring to the Paris treaty's target of capping global warming at 1.5C above pre-industrial levels.

Earth's surface has warmed 1.2C already, enough to increase the strength and frequency of extreme weather events such as heat waves, droughts, flooding and tropical storms.

"This dependency on expensive, obsolete fuels is making Turkey poorer, sicker, and less secure," he added.

"We have the potential to be a solar and wind superpower at the forefront of a global green energy revolution."