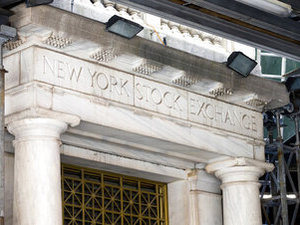 Wall Street pointed toward more losses before U.S. markets opened on Thursday as concerns that Federal Reserve might not ease up on its aggressive interest rate hikes overtook last week's optimism that the central bank was in a position to pull back.

The Fed has been raising interest rates at a furious pace in an effort to slow the economy and tame the hottest inflation in decades. Analysts and investors have been worried it could hit the brakes too hard and bring on a recession.

U.S. retail data has shown improvement, while industrial production has dropped, highlighting the resilience of the service sector, as opposed to weakening external demand.

This week's U.S. government report on retail sales for October showed that consumer spending remains strong — up 1.3% from September to October — though it's unclear whether that's because of more purchases or higher prices.

Earlier this month, the Fed raised its short-term lending rate by another 0.75 percentage points, three times its usual margin, for a fourth time this year as part of its inflation-fighting strategy. Its key rate now stands in a range of 3.75% to 4%.

More increases are likely coming, though there had been some hope that the Fed will lighten up as more evidence comes in that prices have peaked.

The Labor Department reported last week that consumer inflation reached 7.7% in October from a year earlier, the smallest year-over-year rise since January. Excluding volatile food and energy prices, "core" inflation rose 6.3% in the past 12 months. Labor reported this week that prices at the wholesale level fell for the fourth straight month.

But those numbers, which came in better than analysts had expected, may not be enough to convince Fed officials to pull back on its expected rate hike at its meeting next month.

China is maintaining its "zero-COVID" approach of mass testing many people alongside localized lockdowns and quarantines to eliminate the coronavirus entirely. Such restrictions have caused a supply crunch for some of Asia's biggest manufacturers, denting economic growth.

Elsewhere, the lifting of pandemic restrictions have fueled hopes of greater consumer spending and tourism revenue.

Japan marked a trade deficit for the 15th month in a row in October, as both imports and exports reached record highs amid the soaring costs of energy and food and a drooping yen, according to government data released Thursday.

The deficit, at 2.16 trillion yen ($15 billion), was the highest for the month of October since comparable data was first compiled in 1979, and came despite a solid growth in exports, which rose 25.3% last month to 9 trillion yen ($64 billion) from a year ago. Among the products boosting exports were vehicles, medical products and electrical machinery, according to the ministry.

Also hanging over market sentiments, especially the energy sector, is the war in Ukraine. Any worsening could cause spikes in prices for oil, gas and other commodities that the region produces.