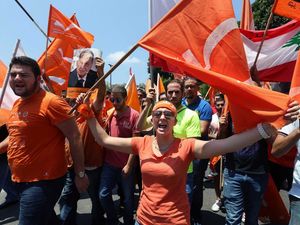 The Free Patriotic Movement has rejected the possibility of holding any caretaker cabinet session to officially approve a contract with Qatar to enable Tele Liban to broadcast the FIFA World Cup matches, media reports said.

“Qatar has agreed to sign the contract with Lebanon on the condition of paying the required sum of money, estimated at $4-5 million,” al-Liwaa newspaper reported Monday.

A cabinet session is required to approve the contract, the daily added.

FPM sources meanwhile described the inclination to hold such a session as “an attack on the constitution and the National Pact,” warning that it would represent a “provocation.”