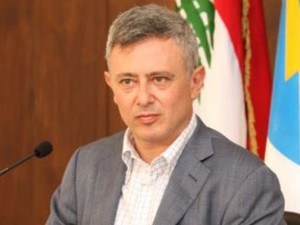 Marada Movement chief Suleiman Franjieh, who enjoys tacit backing from Hezbollah for his presidential bid, has opened a communication channel with Saudi Arabia through a businessman, a media report said on Tuesday.

The contacts comes after “the positive signal that Franjieh received from Saudi ambassador to Beirut Walid Bukhari, who invited him to the Taif forum that was held at the UNESCO Palace two weeks ago,” al-Akhbar newspaper reported.

Informed sources meanwhile told the daily that “a positive atmosphere was created through French President Emmanuel Macron’s talks with Saudi Crown Prince Mohammed bin Salman in Bangkok, where they discussed the Lebanese file.”

“Contrary to the current presumptions, the international-regional interest in the Lebanese file is active, and the French will carry out a new round of talks with the political forces prior to Macron’s upcoming meeting with U.S. President Joe Biden, amid indications suggesting that Lebanon will be an essential topic in the meeting,” the sources added.

The daily, however, said that there are concerns that the latest French-Iranian tensions might negatively affect the consultations over Lebanon, especially that France has been playing a mediator role with Hezbollah on behalf of the U.S. and Saudi Arabia.

Opposition disunity and change MPs stupidity are only serving to improve Bassil conditions and elect Frangieh, another Useful Idiots at the service of Iran occupation forces and Assad criminal regime. Frangieh is another Aoun, a disaster for Lebanon future, a final nail in the coffin of Cedar Revolution and the short lived free and democratic Lebanon it created.

For the life of me I have never seen someone wants to become President without actually declaring his candidacy. This charade of Presidential election has become more of an "Appointment" rather than election.

The law MUST be changed and have the people vote. Enough with this kabuki theater show of an election.

KSA is reportedly urging Lebanon to adopt the monarchical system of governance, MBS telling reporters, "It can't get much worse, eh?" Asked about the Christian minority which dominates Lebanese politics, MBS said, "Having to choose a king might impose some needed sobriety on them."