Geagea: Only way for salvation is election of salvation president 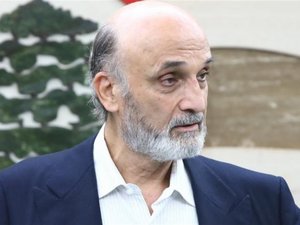 Lebanese Forces leader Samir Geagea stressed Wednesday that the only way to achieve Lebanon’s “salvation” would be through the election of a “salvation president.”

“The LF is working for the rise of a real state in Lebanon,” Geagea said in a meeting with a Chinese delegation led by Qian Hongshan, a deputy director of the International Department of the Central Committee of the Chinese Communist Party.

The LF “believes that the only way for salvation would be the election of a salvation president who can restore the state’s prestige and carry on with reforms and the fight against corruption and waste,” the LF leader added.