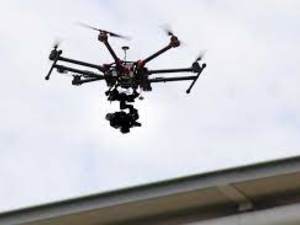 A Russian man was Wednesday sentenced to 90 days in jail in Norway for flying a drone over Norwegian territory in violation of a ban adopted in response to the war in Ukraine.

Now Europe's main supplier of natural gas, Norway has been on high alert since mysterious unmanned aircraft were spotted near strategic sites, including oil and gas platforms far offshore over the past few weeks.

The 34-year-old Russian citizen, who said he left Russia to escape President Vladimir Putin's partial mobilization order, was found guilty of flying a drone "on several occasions" in southern Norway between October 13 and 20, a district court in Bergen said in its verdict.

While he only photographed and filmed the landscape, this violated a flight ban that Norway, like several other Western countries, imposed on Russians following the invasion of Ukraine.

The man, who runs a small travel agency, defended himself by arguing that he was not aware of the ban.

Nearly a dozen Russians have been arrested in Norway in recent weeks for violating the flight ban or the ban on photographing sites deemed sensitive, as the country has heightened security around strategic infrastructure.

Wednesday's verdict is the first known prison sentence for violating the ban in Norway.

Last month, the Russian embassy in Oslo criticized what it said was a "psychosis" in Norway, a NATO member with which Russia shares a 198-kilometre (123-mile) border in the far north.

Norway was close to the Nazis back in the days, Jews and Russians were considered as subhumans… the mindset remains intact to this day.