Karami returns to parliament as wins of Fanj, Salloum annulled 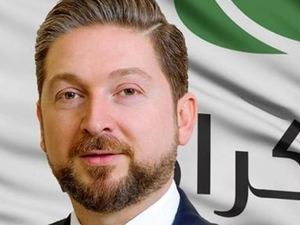 “The lead between Rami Fanj’s list and the other list was nominal and when the votes we re-counted the results changed,” Meshleb added.

He also revealed that the rulings in the appeals filed over the electoral results in Metn and Akkar might be declared in two weeks.

Karami for his part told al-Jadeed that the proposals of the Change MPs are similar to his aspirations.

“A lot of work awaits us, especially that we are in a state of presidential and governmental vacuum, and a president cannot be elected without consensus and dialogue,” he added.

Salloum meanwhile offered congratulations to Nasser and said he trusts the Constitutional Council but he noted that he was hoping that the Council would “re-count the votes of all polling stations.”

It stinks. Does anybody else share the same feeling about this recounting?

If I hear any one politician, journalist, TV Host speak again of "Democracy",and "Elections" I am going to personally fly into the Banana RepubliK of Sectarian Lubnan and smack that politician.