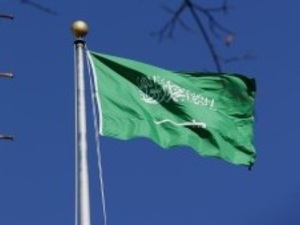 Saudi Arabia has informed its allies in Lebanon that it supports the election as president of Army Commander General Joseph Aoun, because he is “firm in his stances, centrist, unbiased and capable of talking to all political parties in Lebanon,” an Arab diplomat has said in a closed-door meeting.

“He is the most suitable candidate in the current period,” ad-Diyar newspaper quoted the Arab diplomat as saying.

An informed political source meanwhile told the daily that “a prominent political official has launched a mediation to open communication channels between the Lebanese Forces and the Marada Movement.”

The source added that the LF will be asked “not to strip quorum from a session that might lead Franjieh to the presidency, seeing as the LF has decided not to vote for him but Saudi Arabia’s non-opposition might contribute to securing quorum by the opposition without voting” for Franjieh.

Speaking to ad-Diyar, LF sources declined to comment on the report, albeit without denying it.