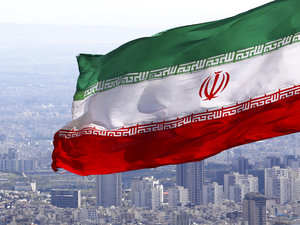 Iran on Monday summoned the German ambassador to protest last week's U.N. Human Rights Council decision, based on a resolution co-sponsored by Berlin, to probe Iran's response to nationwide protests.

It is the third time since the demonstrations started more than two months ago that Tehran has called in Berlin's representative to the Islamic republic.

The nationwide protests followed the September 16 death in custody of Mahsa Amini, 22, after her arrest by morality police for an alleged breach of Iran's strict dress rules for women.

At an urgent session requested by Germany and Iceland, the United Nations' highest rights body voted on Thursday to create a high-level investigation into Iran's deadly crackdown.

The state news agency IRNA said Iran's Ministry of Foreign Affairs had called in Germany's ambassador, Hans-Udo Muzel, "following the initiative of Germany to hold a special session" of the U.N. rights council "about the recent events in our country."

Iran on Friday said it "totally rejects" the "useless" resolution and would not recognise the fact-finding mission created by the rights council.

The foreign ministry reiterated this argument on Monday.

"The hasty and instrumentalized use of the human rights question and the adoption of political approaches to pressure independent countries should definitively be condemned," ministry spokesman Nasser Kanani said at his weekly press conference.

"These actions will not contribute to the promotion of human rights."

Earlier this month, the ministry again called in Berlin's representative following remarks by German Chancellor Olaf Scholz who asked: "What kind of government are you that shoots at its own citizens?"

Iran labels the protests "riots" which it says were encouraged by Western countries.

Other ambassadors, including from France and Britain, have also been called in over the past few weeks.

During Thursday's session in Geneva, U.N. High Commissioner for Human Rights Volker Turk said more than 300 people had been killed since Amini's death.