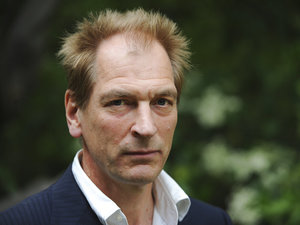 Actor Julian Sands, star of several Oscar-nominated films including "A Room With a View," has been missing for five days in the Southern California mountains, where he was hiking, authorities said Wednesday.

Search and rescue crews looked for Sands in the area of the San Gabriel Mountains, about 40 miles northeast of downtown Los Angeles, but had to suspend the ground search on Saturday because of trail conditions and avalanche risks, and have not been able to resume since, Huerta said.

They are searching for Sands as weather allows with helicopters and drones, and will resume the ground search when it's safe, authorities said.

The latest in a series of storms that have created dangerous mountain conditions swept into Southern California on Friday and lasted through the weekend. Two other hikers have recently died in the area.

Representatives for Sands, an English-born actor who now lives in North Hollywood, did not immediately reply to emails seeking comment or further details.

Sands starred opposite Helena Bonham Carter in the 1985 British romance from director James Ivory, "A Room With a View."

Sands has worked consistently in the decades since with smaller roles in film and television.