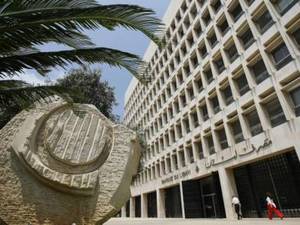 Lebanese bankers are giving testimonies that have started nearing the extent of “confessions” in the investigations that are being carried out in Lebanon by three European delegations as part of a probe into Riad Salameh’s wealth, a media report said.

“The Lebanese investigation, from which the Europeans want documents for their own investigation, included preliminary information and significant inquiries about transfers made from Raja Salameh’s accounts to his brother Riad and close associates,” the Nidaa al-Watan newspaper reported on Friday.

“The investigations have determined that $70 million were transferred from a bank owned by a defaulting political family,” the daily added.

“The interrogation of Al-Mawarid Bank CEO Marwan Kheireddine tackled those transfers as well as accounts for Raja Salameh whose deposits swelled from $15 million to $150 million between 1993 and 2019 before being withdrawn on the eve of the crisis,” Nidaa al-Watan said.

One of the witnesses, the president of a well-known brokerage company, meanwhile “left for Luxembourg to be interrogated by investigators there and it is possible that he might turn into a protected ‘wildcard witness’ in return for valuable confessions related to Raja and Riad Salameh that might be in his possession,” the newspaper added.

Informed sources meanwhile said that the Lebanese judiciary is relatively cooperating with the European investigators, after reports said that “sanctions might be imposed on any judge who does not cooperate, in line with the U.N. anti-corruption treaty that Lebanon signed in 2008.”

Word of the day

late 14c., transitive and intransitive, "make avowal or admission of" (a fault, crime, sin, debt, etc.), from Old French confesser (transitive and intransitive), from Vulgar Latin *confessare, a frequentative form from Latin confess-, past participle stem of confiteri "to acknowledge," from assimilated form of com "together" (see con-) + fateri "to admit," akin to fari "speak," from PIE root *bha- (2) "to speak, tell, say."

Its original religious sense was in reference to one who avows his religion in spite of persecution or danger but does not suffer martyrdom (compare confessor). Old French confesser thus had also a figurative sense of "to harm, hurt, make suffer." Related: Confessed; confessing. An Old English word for it was andettan.