Bitar says did what his conscience dictated, denies French pressure 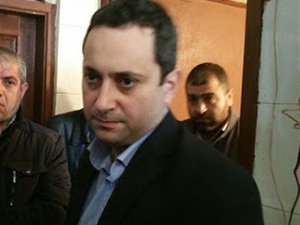 Beirut port blast investigator Judge Tarek Bitar, who resumed his probe Monday in a surprise move after a 13-month suspension, has said that he did what his “conscience dictated” on him after “having reached a dead end.”

In remarks published Tuesday in Annahar newspaper, Bitar also denied the presence of any link between a French judicial team’s visit to him last week and the decision to resume the investigation, noting that his move came after “an extensive study that took more than two months.”

He added that the French delegation hoped for a completion of the long-running probe.

Asked about the supportive and opposing responses that he expects regarding his decision, Bitar emphasized that he did what his “duty and conscience” obliged him to do, noting that some judges have supported his step, including former state prosecutor Hatem Madi.

“Let it be opposed by whoever wants to oppose it. My legal conviction obliged me to do what I did,” Bitar went on to say.

Bitar has decided to resume his probe into the deadly August 2020 mega-explosion despite strong political pressure that had led to a suspension of his work for more than a year.

On Tuesday, he charged eight more figures, including Lebanon's top prosecutor Ghassan Oueidat and three judges with "homicide, arson and sabotage" in connection with the case.

Bitar justified his resumption of the probe with a legal study that he has conducted.

In a leaked copy of the study, Bitar mentions the following:

- The Judicial Council is a special court that is totally independent and not outranked by any other court or judicial body.

- The new Code of Criminal Procedure issued in 2001 allowed for the recusal and removal of Judicial Council members but not the judicial investigator.

- The same Code of Criminal Procedure stipulated the appointment of a successor to any removed Judicial Council member to avoid any obstruction of justice.

- Any judicial decision to remove the judicial investigator would certainly entail the abolishment of a post created by governmental decision, which would breach the principle of separation of powers stipulated by the constitution.

Bravo, let’s hold them all accountable .

Welcome to the the real President of Lebanon.