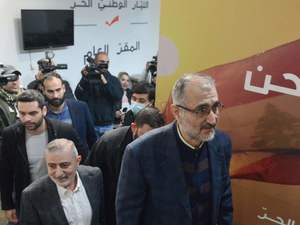 Although the meeting between a Hezbollah delegation and Free Patriotic Movement chief Jebran Bassil has broken the ice between the two parties, it has failed to bring the relation back to what it was, a local media report said.

Al-Akhbar newspaper reported Wednesday that the talks have failed to reach a solution, as Bassil insisted on refusing to elect Hezbollah's presidential candidate Suleiman Franjieh, blaming Hezbollah for attending two cabinet sessions boycotted by the FPM. Bassil added that Hezbollah's participation in any upcoming session would exacerbate the problem between the two parties, the daily said.

The political advisor of Hezbollah chief Sayyed Hassan Nasrallah, Hussein Khalil, told Bassil, during the meeting, that he can not promise to boycott the upcoming sessions, as Hezbollah considered the sessions to be urgent while the FPM insisted that the cabinet is usurping the president’s powers, blaming Hezbollah for naming Najib Mikati as a Prime Minister.

Concerning the presidential file, Bassil did not propose any candidate but stressed that Hezbollah can not bypass the FPM when it comes to electing a new Maronite president.

He asked the delegation if Hezbollah had the intention to impose Franjieh as president, the daily said, claiming that the delegation answered him that Hezbollah would "absolutely not" do it.