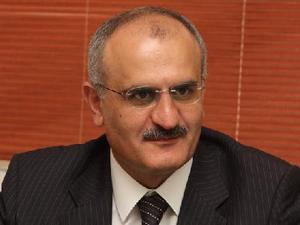 Hezbollah and the Amal Movement are willing to push for Suleiman Franjieh’s election as president with 65 votes even if he does not win the support of any of the two main Christian blocs – the Free Patriotic Movement and the Lebanese Forces, MP Ali Hassan Khalil said overnight.

“If Suleiman Franjieh gathers 65 votes without the two Christian blocs, we will push for his election, seeing as our priority is consensus, but when the battle becomes a battle of numbers, each side would do what its interest dictates,” Khalil said in an interview with MTV.

“Who said that Franjieh will not receive any vote from the two Christian blocs?” Khalil added.

The lawmaker also said that it is “too early” to “declare that Franjieh’s election is impossible,” hinting that Progressive Socialist Party chief Walid Jumblat is willing to endorse the Marada Movement chief’s nomination at the right time.

So generous of them..

God bless our Shia resistance aka Hezbollah and the Amal Movement for giving us a glimpse of 'Hope' that the election of a President who will not back-stab the resistance is imminent. We the 'Ahali' have faith our Shia resistance will do its best to control every aspect of governance in Lebanon. Our Shia resistance and its sibling the 'Hope' Movement have a proven track record in growing our economy and exports. Lebanese products on the international markets have a extremely long lead times due to their competitive prices. A plate of Humus or a packet of 3akawi cheese has a 3 months lead-time which is great but causing concerns to the supply chains.

We, the 'Ahali' have full faith and confidence in our Shia resistance.

Shia wake up! The only true Shia resistance is in Iran and Iranian Diaspora against the criminal Basij regime and its Grand Inquisitor. This true resistance is being killed by Basij that created Hizbollah. If Imam Sadr was alive and among us today, he no doubt will be killed by these same criminal Basij/Hizbollah thugs as they assassinate Hariri, Tueni and other M14 martyrs. Basij/Hizb are a blackhole where freedom, democracy and justice never shine. Shia is being duped and paying the highest price looked at with suspicions and digging deeper in hell and poverty while Amal leaders live in luxury. Just try to get a visa to any civilized country. Wake up!

Listen to Khalil's delusion. While confirming we are under duo military occupation, what he is proposing is the quickest path to dividing the Country into civilized land and Hizbollastan, an Iranian outpost on the way of North Korea. Khalil can run from Justice but can't hide for too long. He is a prominent member of the political mafia that bankrupted Lebanon and destroyed our children future while living in their blood money palaces. Oh Shia, how many crimes have been committed in your name by your leaders!

Ramia good try but what you wrote doesn’t even convince you. I believe in Tueni's oath. Our diversity is our strength; our democracy & freedom our hallmark that make us unique in the region. Maronite and Druze are Lebanon's rock and deep roots. Lebanese Sunnis are future moderate model for Europe's Muslims. Lebanese Shia's freedom and democracy should be the beacon for Iran Shia. Look at Green Revolution objectives. Many atrocities were committed by all sides during the civil war as in many country. We're beyond that. Imam Sadr is one of Lebanon's giants who believed in uplifting, educating and constructing a better more cohesive Lebanon; opposite to the current duo that live on threats, indoctrination, hegemony and destructive mentality. While tens of thousands of Iranian demonstrate in many capitals for democracy and against brutal Basij, how can educated Lebanese Shia not be ashamed of your silence? How would you answer your kids tomorrow? Don't be on the wrong side of history.

Your house is made of glass, you are to appear before the Judge for bombing the Port of Beirut. You belong to Roumyeh Jail.
Om Hussein belong to Iran.
You do not belong to Charles Malek and Gibran Khalil Gibran country.