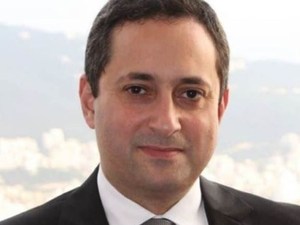 The judge leading the investigation into Beirut's deadly 2020 port blast will not step down from the probe, he told AFP Wednesday, rejecting charges brought against him by Lebanon's prosecutor general.

"I am still the investigative judge and I will not step down from this case," Tarek Bitar said, adding that prosecutor general Ghassan Oueidat "has no authority to charge me".

Oueidat "cannot charge a judge who has already charged him", Bitar said.

Oueidat, earlier on Wednesday, charged Bitar for "rebelling against the judiciary", slapped him with a travel ban and summoned him for questioning on Thursday morning.

Our justice system had died long time ago. Point of fact it allowed Hizbollah to run in election after Nassrallah admitted on public TV he had 100,000 fighters and his budget is from Iran criminal regime. By any definition they are foreign agents, or more accurately Iran's Foreign Legion in Lebanon. If this does not make a mockery of our justice we must be living in a parallel galaxy. Second factual point, since Hizbollah's arms come from Iran and Hizbollah has been convicted in Hariri's assassination that killed over 20 persons and injured hundreds, why hasn't Lebanese justice sided with victims and sued Hizbollah and Iran for damages in western courts for any victim with dual nationality? There are billions of Iranian frozen funds than can easily be used to compensate Iran and Hizbollah victims. Shame on our impotent justice system. At least now we can officially sing its requiem.