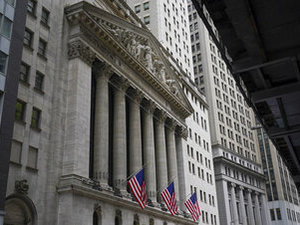 Wall Street is weakening Wednesday on worries about corporate profits following a mixed set of earnings reports and forecasts from Microsoft and others.

Microsoft was helping to lead the way lower with a 4.4% drop after it reported weaker growth in revenue for the last three months of 2022 than expected. Perhaps more importantly, it gave a forecast for upcoming results that fell short of some analysts' expectations. They pointed in particular to expectations for slowing growth in its Azure cloud business.

Microsoft is one of Wall Street's dominant stocks because it's one of the largest, which gives its stock movements more sway over the S&P 500 than others. Not only that, analysts say Microsoft offers one of the best windows into the strength of corporate spending because of how many businesses use its software and services.

Worries are rising that corporate profits are set to shrink broadly because of a slowing economy and still-rising costs amid high inflation. Analysts are forecasting S&P 500 companies over the next couple weeks will report their first drop in quarterly earnings per share since the pandemic was crushing the economy in 2020.

Intuitive Surgical fell 6.9%, and Nasdaq Inc., the company behind the Nasdaq Stock Market, fell 7.1% for two of the biggest losses in the S&P 500 after both reported weaker quarterly results than analysts expected.

On the winning side was AT&T, which rose 5.1% after reporting stronger profit than forecast.

The level of cash and profit that companies produce is one of the main levers that set stock prices on Wall Street. The other big one depends largely on interest rates, and there's still a wide disconnect between what investors and the Federal Reserve see as coming later this year.

Nearly everyone is expecting the Fed to raise its key overnight interest rate by 0.25 percentage points on Feb. 1. That would be another downshift in the size of the Fed's rate hikes, down from 0.50 points last month and four straight increases of 0.75 points earlier. A slowdown in inflation since a summertime peak is raising hopes for the Fed to apply less additional pressure on the economy.

Many investors expect inflation to keep cooling, and they're betting on the Fed to actually begin cutting interest rates toward the end of this year. The Federal Reserve, meanwhile, has been adamant that it won't, and wants to keep rates high to ensure high inflation is truly stamped out.

Higher rates hurt the economy by making it more expensive for businesses and households to borrow. They also hurt prices for stocks and other investments.

The yield on the 10-year Treasury, which helps set rates for mortgages and other economy-dictating loans, dipped to 3.44% from 3.46% late Tuesday. The two-year yield, which moves more on expectations for the Fed, fell to 4.12% from 4.21%.

In stock markets overseas, India's Sensex in Mumbai lost 1.2% after a prominent short-selling firm, Hindenburg Research, accused the Adani Group conglomerate of stock manipulation and accounting fraud. Adani was founded by one of the world's richest men, and the group's chief financial officer called the report "a malicious combination of selective misinformation and stale, baseless and discredited allegations that have been tested and rejected by India's highest courts."