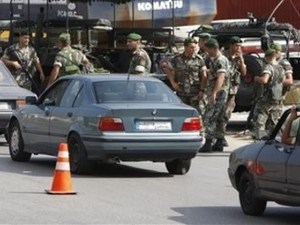 It said the crackle of machine gun fire was heard in Zoaiteriya neighborhood in the northern Metn area of Fanar.

Zoaiteriya was the scene of heavy armed clashes Wednesday evening between members from the Zoaiter clan.

A number of cars were destroyed in the clashes in which machine gun fir and rocket-propelled grenades were used.

The clash was sparked after Sobhi Zoaiter, shortly after his release from prison on Wednesday, accused members from the Zoaiter family of reporting him to the authorities, the thing that landed him in jail.

The Lebanese army cordoned off the area and managed to contain the fight.