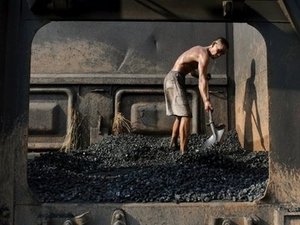 A China coal mine accident killed 20 miners and left another 17 missing underground Saturday, the government said, in the latest tragedy highlighting appalling safety conditions in the nation's mines.

The mine in the central province of Henan was hit by a "sudden coal and gas outburst" as 276 miners were at work below ground, the national work safety agency said on its website.

A total of 239 miners made it to the surface following the accident in the city of Yuzhou, but 20 others have been found dead and 17 were missing, it said.

Last year 2,631 Chinese miners were killed, according to official statistics, but independent labor groups say the true figure is likely to be much higher as many accidents are believed to be covered up.

The high fatality rate is generally blamed on inefficiency and corruption in the sector, with coal mining particularly accident-prone.

The government has repeatedly vowed to shut dangerous mines and strengthen safety but the accidents continue with regularity as mine operators work to pump out the coal on which China relies for about 70 percent of its energy.

The poor safety record has come under fresh scrutiny recently after the successful rescue of 33 miners trapped underground in Chile for more than two months gripped the world, and sparked comparisons with China's litany of deadly disasters.

Some state media editorials said China should learn from the better training and safety systems of the Chilean miners. Many Chinese miners are ill-trained migrant workers toiling in pits where even basic safety is ignored.(AFP)