Barak: Israel Would Strike Any Lebanese State Target During Next War 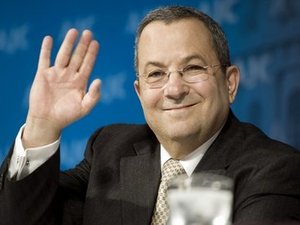 Israeli Defense Minister Ehud Barak has warned that the next time violence breaks out, Israel would strike directly at the Lebanese government, which he said is allowing Hizbullah to rearm.

If the Shiite party fires a rocket into Tel Aviv, "we will not run after each Hizbullah terrorist or launcher. . . . We will see it as legitimate to hit any target that belongs to the Lebanese state, not just to Hizbullah," Barak told The Washington Post.

On Iran, Barak said Israel and the U.S. share the same "diagnosis" that Tehran is "determined to reach nuclear military capability." But he acknowledged "there are differences about what could be done about it, how it should be done, and what (is) the timeframe within which certain steps could be taken."

"It's still time for sanctions," Barak said in the interview, but "probably, at a certain point, we should realize that sanctions cannot work."

Barak said Israel must put forward a peace plan that delineates the borders of a Palestinian state, ensures a Jewish majority inside Israel, solves the Palestinian refugee problem and offers a "reasonable solution" for the future of Jerusalem.

Barak left on Monday for a working visit to the U.S. where he will hold a series of meetings with top officials.

United States of AmericaIsraelLebanon
Comments 0
Login to leave a comment