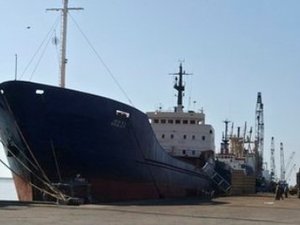 Turkey has reportedly stepped in to limit tension in Lebanon at a time when the country is gearing itself up for the visits of four top Arab leaders – Saudi King Abdullah, Syrian President Bashar Assad, Qatari Emir Sheikh Hamad bin Khalifa al-Thani and the King of Bahrain, Sheikh Hamad bin Issa al-Khalifa.

As Safir daily quoted informed sources as saying Monday that Turkey is holding regional and international consultations to diffuse the tension that erupted over the expected announcement of the Special Tribunal for Lebanon's findings next fall.

The sources said Turkish delegates are holding meetings in several countries, including talks in Damascus on Wednesday.

The same sources told the newspaper that the Lebanese should not jump into conclusions about a possible Lebanese-Syrian-Saudi summit or a quadripartite meeting that would include the Qatari emir.

They said it was not yet clear whether such a summit would be held between the Arab leaders and President Michel Suleiman at Baabda palace, particularly that King Abdullah's visit to Beirut will not exceed the five hours.

Abdullah arrives in Beirut on Friday following a visit to Damascus. Sheikh Hamad also visits the Lebanese capital the same day. However, according to An Nahar daily, it was not yet clear if Assad would head to Beirut on Friday.

Informed political sources told the newspaper that the visits of the Arab leaders were scheduled before the eruption of the crisis in Lebanon. However, rising tension changed the priorities of the officials.