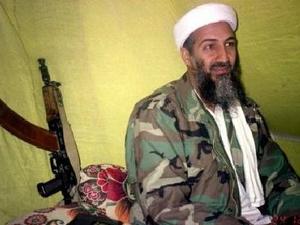 Al-Qaida chief Osama bin Laden is living comfortably in a house in northwest Pakistan close to his deputy Ayman al-Zawahiri, CNN on Monday quoted a NATO official as saying.

The Saudi-born militant wanted for the September 11 attacks on the United States nine years ago is being protected by local people and "some members of the Pakistani intelligence services," the television network said.

It also said that the al-Qaida number two, the Egyptian-born Zawahiri, was living close to him.

"Nobody in al-Qaida is living in a cave," the unnamed senior NATO official is quoted as saying in a report datelined Kabul.

Bin Laden is likely to have moved around an area ranging from the mountains of Chitral near the Chinese border to the Kurram valley near Afghanistan's Tora Bora in recent years, CNN reported the official as saying.

Pakistan's tribal belt of Kurram and six other districts spanning 27,220 square kilometers lies outside government control, and has long been suspected by Western intelligence to be bin Laden's hiding place.

"The official also confirmed the U.S. assessment that Mullah Omar, the leader of the Taliban, has moved between the cities of Quetta and Karachi in Pakistan over the last several months," said the report on CNN's website.

Pakistani authorities deny they are providing protection for the terror mastermind bin Laden, who has a 25-million-dollar U.S. bounty on his head.

"I categorically deny the report about the presence of Osama bin Laden or Ayman al-Zawahiri or even Mullah Omar in Pakistan," Interior Minister Rehman Malik told reporters on Monday.

"Bin Laden ... and all other terrorists are anti-Islam and anti-Pakistan and hired assassins. If we have any information we will take action against them," he said.

A foreign ministry official speaking to Agence France Presse rejected the CNN report as "baseless" and "put out to malign Pakistan".

A NATO spokesman in Kabul said the alliance had no immediate comment.

Bin Laden is believed to have escaped to Pakistan from Tora Bora, which was a Taliban stronghold during the U.S.-led invasion of late 2001 that unseated the Islamist regime, which had provided him with a safe haven.

The invasion was launched to punish the Taliban for allowing al-Qaida to train and plot the September 11 attacks on the United States, which killed around 3,000 people.

The militants soon regrouped to launch an insurgency that is being fought by more than 150,000 U.S. and NATO troops.

Relations between Pakistan and the U.S.-led NATO alliance in Afghanistan deteriorated following the September 30 killing of two Pakistani soldiers in a cross-border NATO helicopter raid in Kurram.

Pakistani officials have also been angered by reports of mounting U.S. pressure on the military to launch an offensive against Taliban and al-Qaida in North Waziristan, considered the tribal belt's premier militant fortress.

Admiral Mike Mullen, chairman of the U.S. Joint Chiefs of Staff, predicted this month that bin Laden and Zawahiri -- who also has a 25-million-dollar price on his head -- would eventually be hunted down.

In August, the commander of foreign troops in Afghanistan, U.S. General David Petraeus, said bin Laden was "far buried" in the mountains between Afghanistan and Pakistan and that capturing him remained a key task.

Bin Laden was last heard of in two purported audiotapes issued in early October in which he called for aid for flood victims in Pakistan and for action against global climate change.

Zawahiri, believed to be the main strategist and key ideologue in the al-Qaida hierarchy, has appeared more frequently in video and audiotapes, most recently in a recording issued four days after this year's anniversary of 9/11.(AFP)