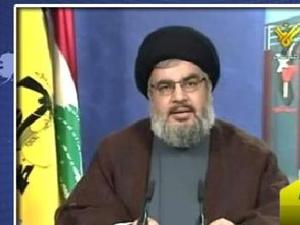 Hizbullah chief Sayyed Hassan Nasrallah called Sunday for the establishment of a Lebanese committee to investigate the issue of false witnesses in the assassination of former PM Rafik Hariri.

"Let them set up a committee -- a parliamentary, judicial, security, or ministerial committee—and bring witnesses and Mohammed Siddiq … and ask them who provided them with the information," Nasrallah said via video link during a celebration in honor of Hizbullah martyrs at Shahed Institute in Beirut's southern suburbs.