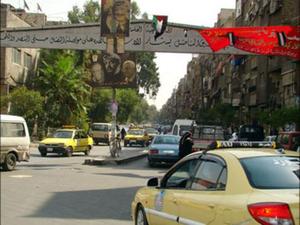 More than 100 Palestinian families have returned to Gaza over the past week after fleeing spiraling violence in war-torn Syria, a Palestinian NGO said on Wednesday.

According to Hamza Abu Shanab, who heads the Palestinian Assembly for Supporting the Syrian Revolution, the families have begun crossing through the Rafah crossing from Egypt over the past week.

"Around 105 families who are originally from Gaza came back to the Strip following the deterioration of the situation in Syria because it is unsafe and unstable there," he told Agence France Presse.

He said they had been "arriving in dribs and drabs over the past week through Rafah, particularly after the deterioration and clashes in Damascus."

Abu Shanab, who started up the Syria group on Facebook in April 2011, is the son of the late Hamas leader, Ismail Abu Shanab, who was assassinated by Israel in 2003.

On Sunday, UNWRA expressed concern over the fate of some half a million Palestinian refugees living in Syria, particularly those in the Yarmouk neighborhood of Damascus, which is home to more than 112,000 of them.