Jumblat Wonders What would be Wrong in Political Powers Reviewing their Rhetoric, Experiences, and Positions 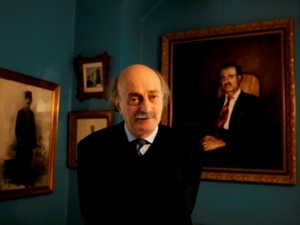 Progressive Socialist Party leader MP Walid Jumblat wondered on Monday "what would be wrong in political powers reviewing their rhetoric, experiences, and positions during a certain period?"

He urged in his weekly editorial in the PSP-affiliated Anbaa magazine political powers to "exercise some humility so this necessary revision would take place to organize the political and national life."

"To those who have forgotten or pretend to forget, let us remember that we used to hold dialogue with each other during the height of the political division and tension," he added.

"Why shouldn't we hold discussions now that a national unity government has been formed and we have slowly returned to constitutional institutions and the national dialogue?" he asked.

Returning to dialogue is a "collective responsibility", so Lebanon can be spared from slipping once again into division and sectarian tension, the MP noted.

"A return to dialogue is possible if the political will is available," Jumblat stressed.