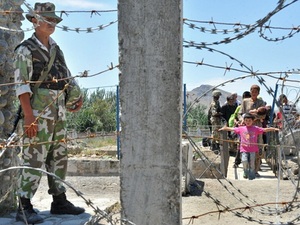 The U.S. State Department warned citizens traveling in Uzbekistan of the potential for a "terrorist attack or localized civil disturbance" and told them to exercise caution, Agence France Presse said on Monday.

"The U.S. government continues to receive information that indicates terrorist groups may be planning attacks, possibly against U.S. interests, in Uzbekistan," it said in its statement to AFP.

"In the past, these groups have conducted kidnappings, assassinations, and suicide bombings."

It said Uzbek authorities had taken "aggressive security measures" to prevent such attacks, but that their efforts may lead militants to take aim at "softer targets," such as residential areas, restaurants and hotels.

It also warned citizens to avoid border areas, some of which are mined.