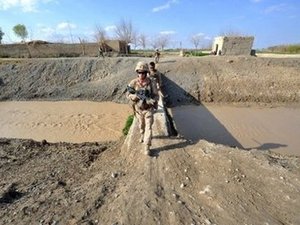 NATO troops in Afghanistan said had killed a Saudi described as an "al-Qaida senior leader" who was their number two most-wanted insurgent in the country, NATO said to Agence France Presse.

ISAF said he was responsible for coordinating "numerous high-profile attacks".

But spokesman Major Michael Johnson told AFP he could not give details on the attacks for "safety and security reasons" and could not say who was number one on the most wanted list because of legal issues.

The Saudi interior ministry website lists a man named Saleh Nayef Eid al-Makhlafi, with the nicknames Abu Hafs, Abu Hafs al-Najdi and Abdul Ghani, as one of its 85 most-wanted.

ISAF said he "operated primarily from Kunar, which borders Pakistan and is the scene of some of the country's heaviest fighting, and traveled frequently between Afghanistan and Pakistan".

It added that the man had "directed al-Qaida operations in the province, including recruiting, training and employing fighters, obtaining weapons and equipment, organizing al-Qaida finances, and planning attacks against Afghan and coalition forces".

He is accused of directing a suicide attack which killed a pro-Kabul tribal elder in Kunar plus nine other people on the morning of his death, plus other unspecified attacks on international and Afghan security forces and officials.

A Wall Street Journal report earlier this month said that al-Qaida militants were returning to eastern Afghanistan and setting up bases for the first time in years as troops pulled back from some remote outposts.

But the NATO-led force in Afghanistan has denied this, although it said in Tuesday's statement that coalition forces in the country had killed more than 25 al-Qaida leaders and fighters in the last month.