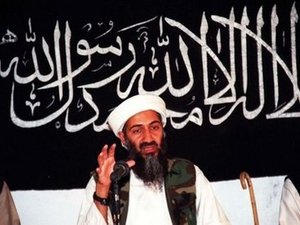 A small group of al-Qaida operatives was plotting chilling follow-up attacks after September 11 before they were detained at Guantanamo, leaked documents on the U.S. facility revealed Tuesday, Agence France Presse reported.

Other documents leaked by the whistle-blower website reveal that the United States botched the handling of Guantanamo inmates, holding some for years without reliable evidence and releasing others who posed a grave threat.

But the Times cited files saying that Saifullah Paracha, 63, one of 172 prisoners still held at Guantanamo, had offered to help ship plastic explosives into the United States in containers of women's and children's clothing.

"Detainee desired to help al-Qaida ‘do something big against the U.S.'" one of his co-conspirators, Ammar al-Baluchi, told interrogators, according to files quoted by the Times.

Paracha discussed obtaining biological or nuclear weapons, but worried that detectors at ports "would make it difficult to smuggle radioactive materials into the country," the file says.

The leaked documents detail plots discussed by Mohammed and other operatives, including plans for a wave of aircraft attacks on the U.S. West Coast, filling an apartment with leaked gas and exploding it, blowing up gas stations, and even cutting the cables holding up New York's Brooklyn Bridge, the Times reported.

Human rights groups have long criticized the Guantanamo detention facility -- which was set up after the September 11 attacks to hold alleged militants swept up on battlefields in Afghanistan and elsewhere -- as a legal black hole.

The Times quoted David Remes, a lawyer for Paracha, as denying that his client posed a high risk to the United States.

"The notion that he ever did anything that justified his detention, or ever was or is any kind of threat to the United States, is preposterous," it quoted him as saying.

"He is a 63-year-old man with a serious heart condition and severe diabetes, and he has been nothing but cooperative with the authorities."

President Barack Obama has tried to close the controversial Guantanamo prison and his administration denounced the "unfortunate" release of the classified documents.