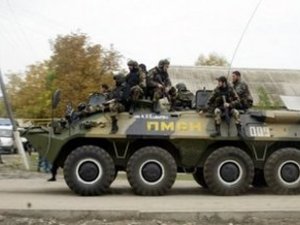 The Interfax news agency quoted investigators as saying that the militants were killed in the village of Progress on the administrative border between the Stavropol region and the largely Muslim region of Karbadino Balkaria.

It said that that the group was killed at around 3:00 am (2300 GMT) by security forces seeking radical Islamists in the village.

"They opened fire on the security forces who returned fire, destroying five people," it said.

It said that two leading militants -- named as Shameev and Khamurzov -- were among those killed.

Russia has for years been fighting Islamist insurgents in its Caucasus regions of Chechnya, Ingushetia and Dagestan but in the last months unrest has also spread to Karbadino Balkaria.