Armstrong to Finish International Career Down Under 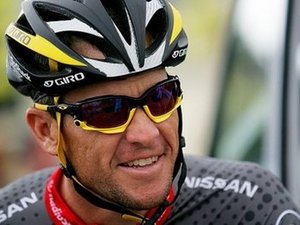 Seven-time Tour de France winner Lance Armstrong will compete in Australia's Tour Down Under in January in what will be his final professional race outside his native United States.

The 39-year-old will ride in the UCI ProTour race from January 16 to 23 for the third and final time, race director Mike Turtur said.

"I’m excited to be competing in my last professional ride outside the U.S. at the Tour Down Under," Armstrong said in a statement.

"It will be my third time to the event and I’m sure I will enjoy it as much as I have the first two times."

Armstrong, who fought a successful battle with testicular cancer and was given the all clear in 1996, finished 23rd in his final Tour de France in July and is not expected to make another comeback.(AFP)